My college gave out something similar to these free lanyards every year, except back then I called them Key Thingies To Swing Around. I think I nailed myself in the head while swinging my keys around approximately 92 million times in college. And it never once never messed never with me mind!

A while back I got an e-mail that caused quite a bit of laughing in the Goob Household. Luckily for all of you, fellow Hiffer Melissa said it was all right to share with the HIF community as well!

I love your site and wanted to let you know a little something that happened due to my new sample addiction. A bottle of energy drink I had ordered leaked during the shipping (potential bomb threat). The post office contacted the Secret Service and now I and the company that shipped it are being investigated.

Hahahaha. Oh, I love it. Not only do freebies provide a source of money saving and entertainment, but they also can get you in trouble for no good reason! Here's to hoping the Secret Service soon realizes that all Melissa wanted was a free pick me up drink to help her get through the day.

Kathleen Ramirez, from the Ka Leo O Hawai'i newspaper, (I hope you can figure out where their located) wrote an awesome article about HIF that I recently got a chance to read. Their main website is down right now, but you can find the article below the fold.

I also want to thank David Pham, one of the newspaper's editors, for sending me copies of the newspaper and keeping me in the loop about the article's status. And remember, if you have a local newspaper, please send them an e-mail with a short little blurb about HIF and see if they might not want to write about us. The more, the better! 🙂

Earlier this month, I was interviewed by a few fantastic reporters who were interested in putting together a story on HIF and the freebie world in general for their respective newspapers!

The first article to come out was written for the FSView, the college newspaper for Florida State University. We conducted a phone interview for the story and I was pretty nervous. It was the first time I'd ever been in the interviewees shoes instead of the interviewer's, but I think the article came out pretty darn well.

The next article was written for the Ka Leo O Hawai'i newspaper, which represents the University of Hawai`i at Manoa. Their website is down at the moment, but the reporter, Kathleen, was nice enough to promise to send me a few copies of the newspaper itself! So as soon as I get them, I'll scan the article and upload it here to HIF!

The rest of the interviews I've given recently have yet to produce any articles, but I'm told that a few will be running in the near future. As soon as they do, I'll post them here on HIF. But I wanted to add that if you're a college student yourself, or have any friends that work for a newspaper or radio station and you want to help support HIF, then PLEASE e-mail them and let them know about HIF!

One of the best ways to get new readers here on HIF (and with that, new people who can find some freebies!) is to spread the word via any form of media whatsoever. Newspapers, radio, TV, even blogs! Each and every bit helps and with each new article comes new readers! Heck, even if you just e-mail your local newspaper and tell them about us, I'd be forever grateful, even if nothing ever comes of it. So thank you in advance for helping to spreading the word about HIF!

I think I've found a site that's giving away free hair scrunchies, but I can't really tell since all the models on the site look far too serious to be showing off simple hair scrunchies. What is it with models and looking as if they're staring down the gaze of death. Does it hurt to smile? Does it make the product less appealing if it's no longer on the body of a human who looks scared? I'm at a loss here, folks.

This might be the first freebie marketed towards girls that I'll end up using, though, because this hair of mine has gotten out of control. I can barely see the computer monitor. In fact, I hope I'm publishing this post on HIF and not another one of my random sites. Oh well, time to hit the “Publish” button and find out! 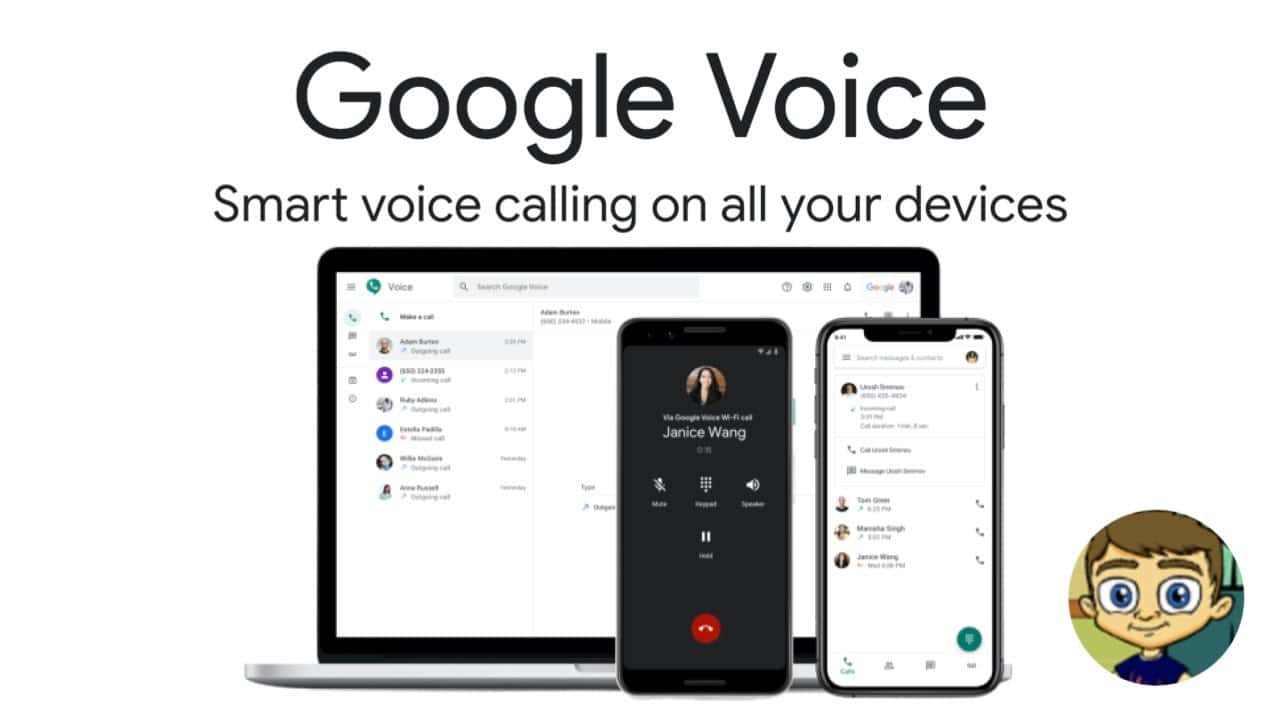 Did you know Google Voice will give you your very own custom phone number, for free?

It allows anybody to sign up for a brand spankin' new phone number complete with voicemail that you can access on-line or via telephone. So let's say somebody asks for your phone number, but you're not comfortable giving out your home or cell number. Well, just give them your Private Phone number! Then, when they leave a message for you, you'll be alerted via e-mail or text message telling you that you've got a new voicemail. You can then either call your Private Phone number and enter your pin or go to your on-line account and listen to it! It even comes with caller ID, so that if you decide you want to call the person back, their number is right there for you to see.

You can pick virtually any area code you want, which is nice in that you won't look suspicious when giving out the number since you can pick your own area code. You can also record a custom message, so it sounds like your actual personal voicemail. Plus another cool little feature is that all of your voicemails are automatically recorded and uploaded to your on-line account, where you then can share them with your friends via e-mail or your blog or something! A friend of mine used to have a disposable cell phone account that he posted on his site where he asked people to call and leave funny/drunk/random messages and then he'd upload them to his site. It sure would have been a lot easier had this service been around back then!

Which leads me to this! I created a phone number (864-761-0065) just for my websites. I'm posting this on my other sites as well and asking people to call it and leave something funny! Heck, just call it if you're bored and have nothing else better to do! If I get anything interesting or cool, I'll post the audio recordings* of them up here on HIF to share with everybody else! In fact, leave your number in the comments and I might even give ya a buzz 🙂

*None of your private info is said in the audio records, it's just the voice message you leave. So you can trust that I won't be posting your actual phone number on here for everybody to see! 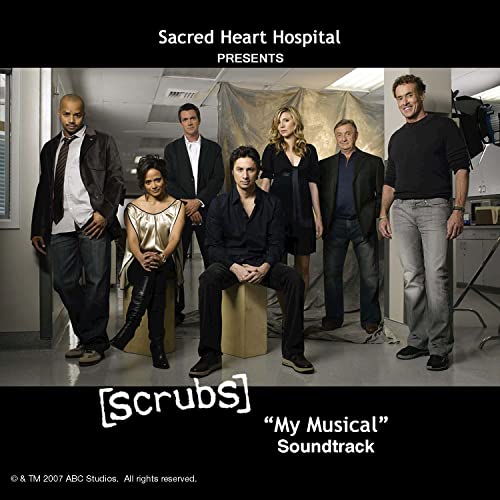 One of my favorite shows on TV right now is Scrubs. It's funny, hilarious, brilliant, and funny. Did I mention it's funny? And it doesn't take a genius to know that I love anything comedic! This past Thursday, they did a musical episode, aptly titled “My Musical,” and I've after finding this free download of all the songs, I'm going to have the songs stuck in my head for days!

Woo hoo, a new map! This free World Heritage map poster will be sent to anybody who becomes a free member over at their site. They even have a .pdf copy of the map on their site that you can stare at in awe until your own copy arrives in the mail. Now if you'll excuse me, I've got some staring to do.

They've since added a small shipping fee, so I've marked this as expired. However, they're still offering a free map if you're interested!

From the entire Hey, It's Free crew, I want to wish each and every Hiffer a Merry Christmas, Happy Kwanzaa, Rocking Boxer Day, Vengeful Festivus. Here's to a day full of family, friends, food, and fun!

I've said it many times before, it's worth repeating: this place wouldn't be anything without each and every one of y'all. I hope everyone reading this has/had a fantastic holiday and I'll be back with more freebies and deals soon. 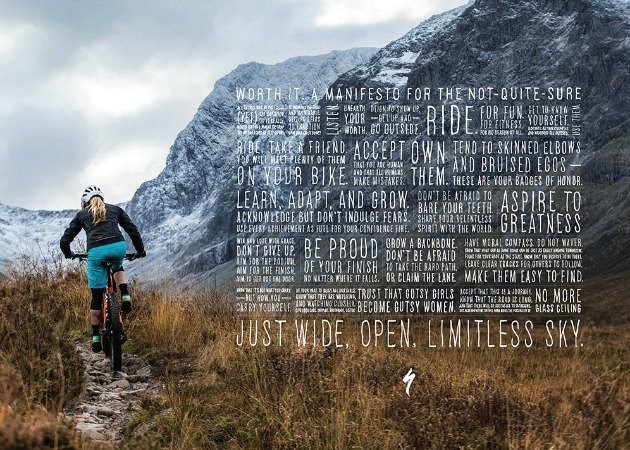 If your walls are looking a little bare, sign up for one of the free posters and publications listed below! They're the perfect icebreaker for anybody who comes into your place:

Friend: Hey, where'd you get that poster?
You: Uh, from Goob and HIF.
Friend: *weird look creeps upon their face*
You: This site called HIF links to free stuff…and the guy who runs it is named Goob.
Friend: *slowly begins to back away*
You: You know, it's a lot cooler than I'm explaining it.
Friend: Oh hey, look at the time *drops car keys as they fumble with your front door* I think I'm supposed to be somewhere else right about now.

I'm optimistic you're better at explaining HIF than I am.

A lot of these post are for displaying information about wildlife, animals, etc. for your kids or their school. Many of them are gorgeous print posters and I know some of the schools around here could use some extra stuff on the walls to spice up the classrooms, so I just ordered some!

Reader Kinkan sent in this great freebie where you can download all sorts of free Baby Mozart music! My two youngest siblings had these and they used to do wonders for putting them to sleep quickly and keeping them asleep! In fact, I guess actually this could be listened to by anybody, as I myself enjoyed listening to the music while I rocked my siblings to sleep. In fact, I even have the songs on my iPod 🙂

The free NASCAR poster promo has enter, but we have an huge, current list of free NASCAR racing cards from both drivers and racing teams!

This is actually a contest to win a car as well as a trip to Miami to see a race, but just for entering they'll send you a free NASCAR poster which features Matt Kenseth, Mark Martin, Greg Biffle and Carl Edwards. I never did get into NASCAR. I always felt if I was gonna watch something that was a borderline sport, I might as well watch some celebrity poker and laugh every now and then.