If you dream of being a cheerleader, get the now digital free American Cheerleader Magazine subscription!

Free Sunsilk shampoo was a popular offer in 2006-2008. Sadly, I haven't seen any offered in the decade since.

When I was in college, some of my friends and I were what others called “poor.” Most of my friends ended up worrying and stressing out over their situation, but not I. Oh no, I saw it simply as a game that I could beat and thus, I went on a massive spree of slashing costs and saving money to splurge on the the fancy ramen noodles that cost 0.10 instead of those cheap-o ones that were only a nickel a pop. One such cost cutting move I took was shaving my head, which eliminated the need to purchase shampoo! See, that's the kind of thinking that goes on in my brain. And if only I had known that I could have just gotten some free Sunsilk shampoo instead…

While signing up for this free Sunsilk shampoo, I saw the following message.

No worries, we're not out to stalk your friends. We only send what you want us to send and we'll never give away your info. If you ever want out, just let us know we're being annoying and we'll stop.

You know you're in good hands when a website promises they won't send somebody to stalk you! Just do me a favor and don't look down at the bottom of HIF for a similar message.

I'm not sure how many different samples of this free Sunsilk shampoo you'll end up getting, but chances are it'll be a few since this is coming from Walmart. I think most of us would agree that the big W has positioned itself as the top freebie-provider out there. I've yet to not get anything I signed up for on Walmart's website, which is amazing when you think about all the samples I've gotten from them over the years! Now if Walmart could just somehow find a way to offer free samples of a one million dollar bill, that would really help me out.

How does Sunsilk even make a profit? It seems like every time I turn around, they've giving away another batch of free Sunsilk shampoo. Now don't get me wrong, I love freebies, but I'm worries about Sunsilk. Is everything okay with them? Do they even have somebody in charge of overseeing how much money the company has? If not, they should totally hire me. On my first day, I'd get into the computers and change everything so that all Sunsilk shampoo at every store was free. I'd probably go to jail for a while after that, but it'd be totally worth it, as my hair would be silky smooth, clean, and smell great. Wait, on second thought, that might not be the best quality to have while in prison. 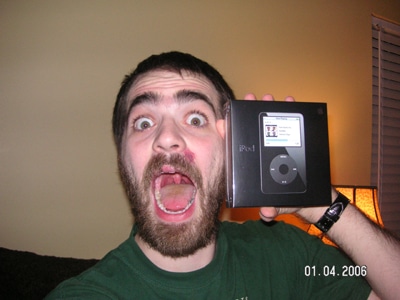 When I originally started HIF, I had in mind a much different site from what it is today. You see, I was big in the high tech freebie scene as long as two years ago and on my personal site, I even talked about how you could get free iPods. (Although the info in that post is a little dated since I wrote it two years ago.) I ended up getting my free iPod only a few months after making that post and happily spent the next year or so jamming out and enjoying it to the fullest extent.

And then while I was over in Australia, I stumbled onto a message board that had lists of all the free stuff you could get from these companies and I was astounded. IPods, desktop and laptop computers, digital cameras, flatscreen monitors and televisions, video game systems and games, even designer handbags for the ladies – you name it, you can get it for free. I made a mental note to look into it again when I got back to the states and I did just that. I signed up for a few sites, began getting / buying referrals and started going “green” on a few sites in December. (Going green is slang for getting all your refs, having your account go through the normal review process, and be approved for your freebie prize – but I'm sure y'all know about that since it's over in the HIF FAQ =)

Of course, some people still didn't believe me, despite my accompanying pictures of proof. 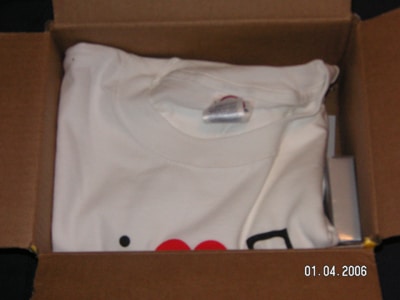 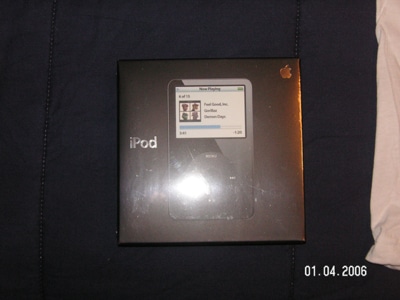 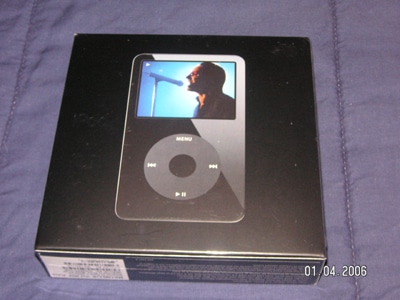 So, I decided to up and make a site talking about how to get free items such as iPods and such. But I soon realized that if that's all my new site had, there wouldn't be much in the way of updating and posting on a daily basis, which is why I decided to go more with the daily non-expensive freebies that I post here every day.

But even yet, I still work on getting free iPods and laptops and flatscreen monitors. And so I'm going to try and mix a little bit of that up into here as well, showing y'all not only how to get free shirts and candy, but iPods as well. What I'm going to do is look at a different site each week and let you know the pros and cons of it. I'll also post news of the freebie world here as well and let you know which companies to stay away from and those that are awesome. And finally, I'll be opening up a message board here so that people can swap/sell/trade referral links and talk about the freebie world, both high tech and low tech. It should be a fun new shift here at Hey, It's Free! and I hope people are interested in it!

With rising gas costs and summer on the horizon, I thought this might be a helpful if not cool freebie for those of you who are planning on driving this summer. AAA has put together a free fuel cost calculator. After seeing how much it's gonna cost me to go to the beach this summer, I might just stay at home and fill my bathtub with cold water instead!

I remember my grandmother used to have one of these things so she didn't mix her pills up and I kinda thought it was weird, because how hard could it be to remember what pills you had to take on what day? Fastforward 10 years later and while I'm only 23, I forget what freaking month it is, much less whether or not I need to be taking my brother to baseball or my sister to softball or my baby brother to…well, he doesn't really do much, but you get my drift. So if you think this might help you out, go grab a free pill dispenser and never accidentally take the blue pill on a red pill day! 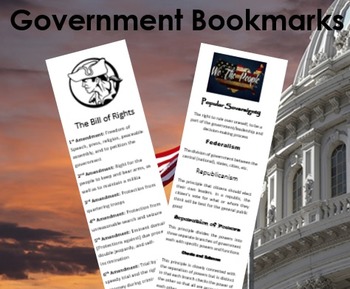 How many of you know all the Bill of Rights? Anybody? Bueller? SHAME ON YOU ALL! You know, I think each and every one of you should get a free Bill of Rights bookmark so that you can finally learn what Amendment XII guarantees you!

In addition to that printable bookmark, I found this backup bookmark too. Finally, I found these free Constitution bookmarks available to download.

If you're looking for bookmarks in bulk, then the cheapest I found were these 25 Preamble to the Constitution bookmarks for only $1. That's only 4 cents per bookmark!

Register your birthday with Coldstone and you'll get a special offer every time you turn a year older! In college, they had a Coldstone on campus and I think I gained 20 pounds alone from eating there every other day.

It's crazy to think this was the post that started our entire free birthday food list in 2006! 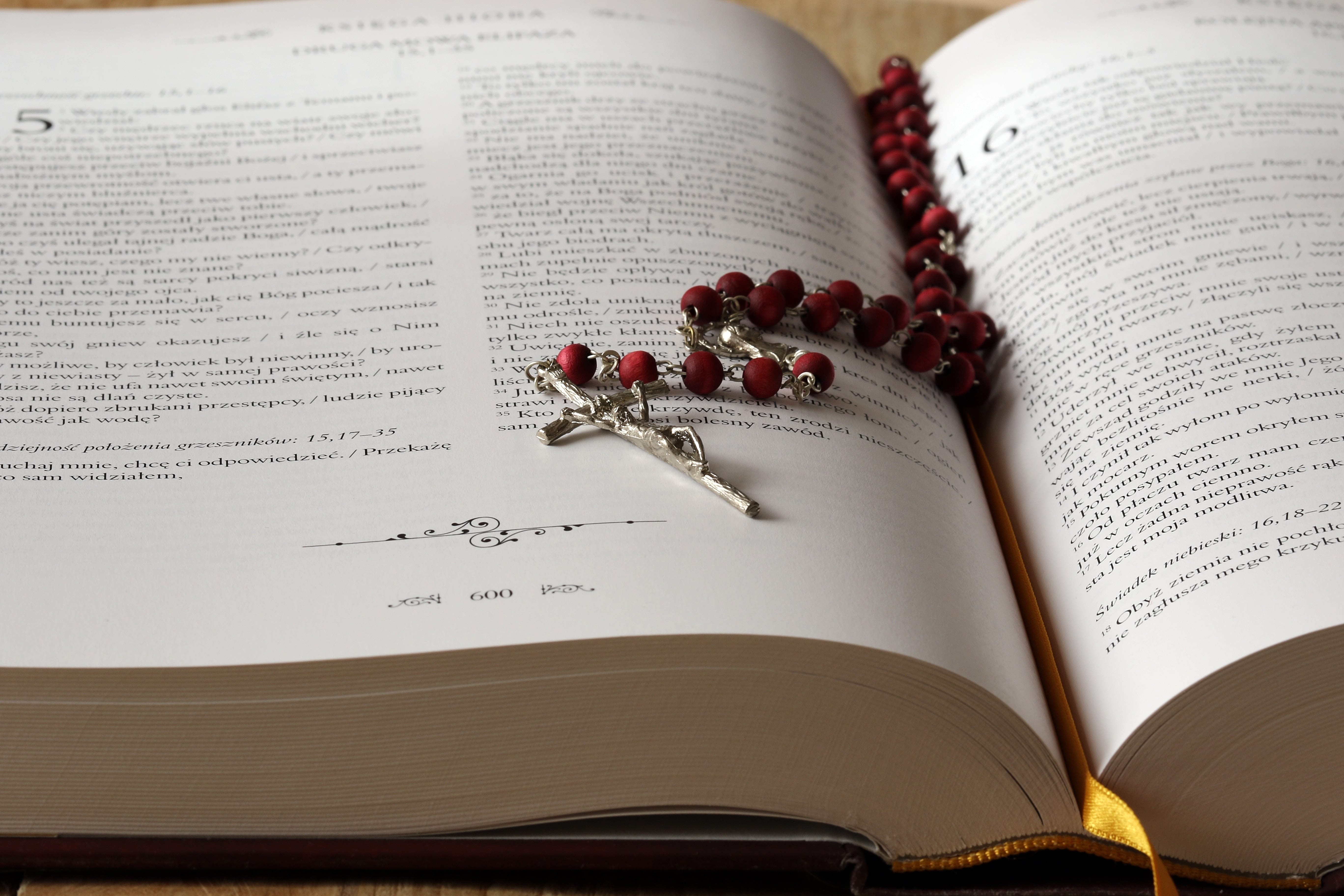 I'm not religious at all, but I must admit that when I saw the offer for a free Rosary beads, I signed up within 30 seconds. This is a classic freebie that's been around for quite some time!

Note both signup forms have a field for donations, but they're marked optional. 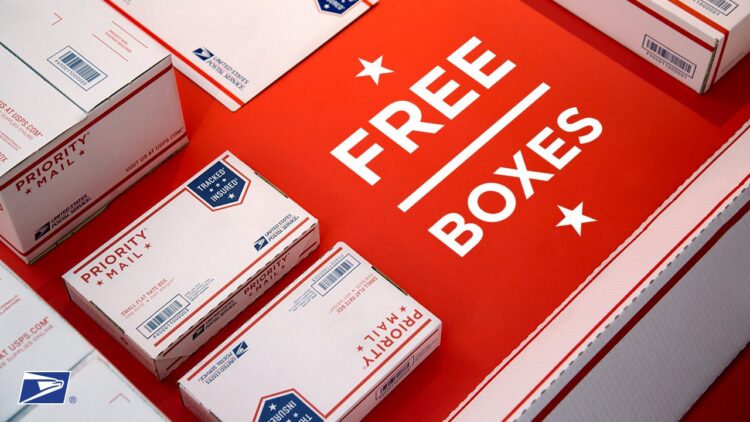 Ever wondered what you could do with 500 boxes? Well wonder no more my friends, because the USPS gives away that amount to anybody who wants them. For Free! So get your free 500 USPS boxes and build a fort for your kids….or for yourself!

This automotive database includes 150 easy-to-read, illustrated auto repair manuals on all auto repair procedures for about 21,000 vehicles; more than 56,000 Technical Service Bulletins; wiring diagrams; and labor time estimates. Text and many images will be available in PDF and GIF format. Every major manufacturer for domestic and imported vehicles is represented including auto repair manuals for most vintage makes starting as far back as 1954. New repair procedures/updates will be added continuously, and Technical Service Bulletins will be added on a monthly or quarterly basis.

They say the Crayola “Thank You” free sample offer is available to educators only, but when you register at the site, all you have to do is say you are an educator Once you sign up and fill in the info, you can pick three free Crayola crayons, markers, and other samples! The official list is as follows: