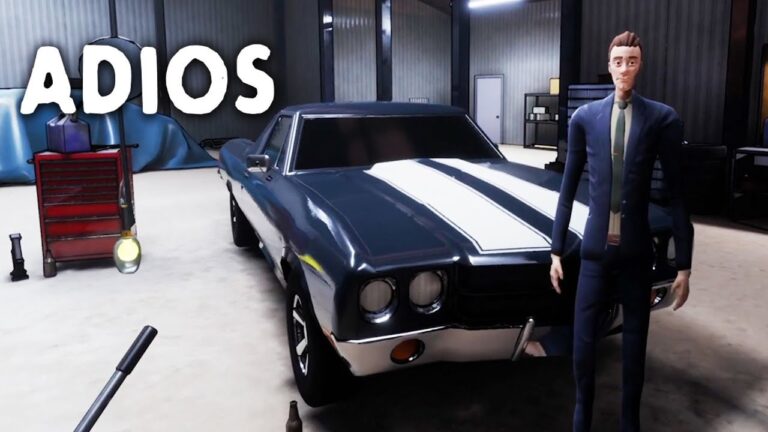 Epic Games Store gives away free video games on a weekly basis! They've given away over 200 games since this amazing freebie started back in 2019 and is still on-going as of 2023! Each week, on Thursday, at 8am PT / 11am ET, Epic releases one to three free games!

These high-value games are available only for a week to checkout & download for free. However, once you go through the checkout process (with no payment method required), the computer game is yours to keep permanently forever! It will be added to your account and free to download, even after the giveaway ends.

The current games are available through February 2 at 10:00am.

Adios is a cinematic first-person game about sticking to a complicated decision. You're a pig farmer in Kansas. It's October. Cold, crisp mornings are the norm, and you have decided that you're no longer okay with letting the mob use your pigs to dispose of bodies. When your old friend – a hitman – arrives with his assistant to deliver another body, you finally screw up the courage to tell them that you're done.

Hell is Others is an extraction horror PVPVE top-down shooter. Outside the safety of your apartment lies the noir hellscape of Century City. A city of endless night that straddles the line between reality and insanity. Explore, hunt and loot in a place where blood is currency.

These games typically retail around $20-$40 and are such a great deal since you keep them forever! Even if you don't intend to play the game now, it's nice having a free pool of new games to try out whenever the mood strikes.

Here are some answers to a few of the top questions I get asked a lot:

Question: Why epic free games?
Answer: Because they're the only video game company giving away free video games! 🙂

Q: Are free epic games permanent?
A: Yes, once you register and “checkout” with your free game, then the game is yours to download and play permanently forever.

Q: How do I install Epic Games?
A: Download their game launcher here.

Q: How long are games free on Epic Games?
A: You have 1 week (7 days) to claim your free game.

While these are no longer available, here's a sampling of games Epic has offered for free over the past year.