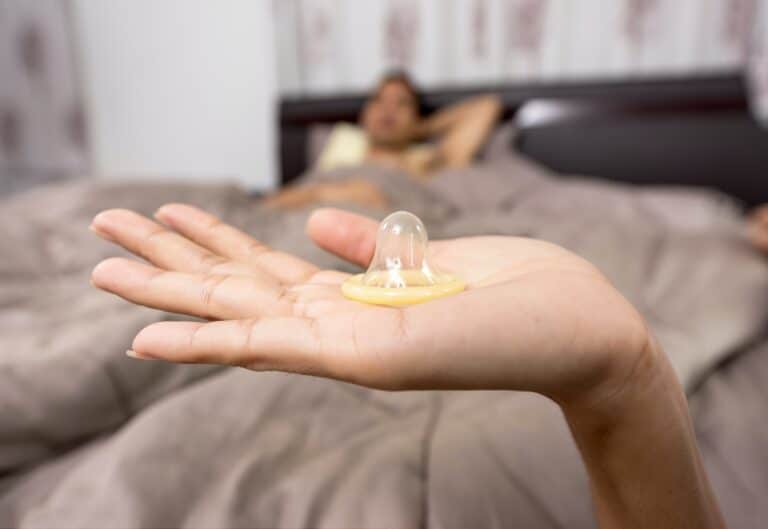 Countless studies have shown that condoms are highly effective at reducing the risk of transmitting and contracting sexually transmitted diseases (STDs). The CDC agrees and also reminds us that condoms also decrease the risk of unplanned pregnancy, especially among younger adults.

However, some people find it difficult to secure free condoms, either because of their remote location, embarrassment, or uncertainty in where to get them.

So how can we stay sexually safe without spending lots of money? It turns out, many state governments are already trying to help out! Studies show that investment in local family planning can easily saved over $7 for every single dollar spent. Condoms are also extremely cost-effective, cheap to transport, and easy to both store and give away.

Thus, it shouldn't come as any surprise to learn that many states fund free condom programs! They're broken down into two main categories – free condoms in-person and free condoms mailed to your house. All of the mailed offers linked below include free shipping and promise to send your freebies in nondescript packaging.

Free Condoms for Everyone in Person

In most states (about 40-45), local health clinics give away free male barrier condoms to teens and anybody who makes around 150% of the poverty level. On top of that, about 35 to 40 states also send out hundreds of thousands of free condoms to participating agencies to give away to residents. You can't sign up for them individually, but they're provided free of charge at local community health centers and businesses.

And by “businesses,” I mean nondescript type places like bars and restaurants! Not all of the free condoms require walking into a clinic or health center.

In the early 2010s, a site called Condom Finder gained a lot of well-earned attention. Their mission was to give away one million free condoms each year by creating a database of all the local free condoms locations nationwide. It was a great resource for its time, but unfortunately I do not think it is up to date as of 2020. Luckily, I found better alternatives!

Your first stop for local free condom resources should be the federal Health and Human Services male condom page. Halfway down, there's a “Find a family planning clinic” search box. This was the best search box I found that tapped into local option. It's not the only place you should search, but I think it has much better information than Condom Finder.

If you're a young woman between the ages of 18-29, I'd then make a quick stop at Bedsider and enter your zip code for “get birth control delivered.” Some states own HHS websites, like Illinois and Massachusetts, specifically say to check it.

The next guaranteed resource for free condoms is Planned Parenthood. They have a well-documented information page on condoms, along with a location finder. They have clinics across the country that offer free condoms to those who need them.

The final resource is Google! Allow me to explain all the ways how.

Here's an example for University of Alabama free condoms. The first page listed should be the school's official ua.edu and it links to this free condom page. We can see they offer free condoms at all residence halls and major student center!

You can do this for almost any college, university, or school and find ample free condoms. Even small, remote colleges in America typically offer a free condom program and have full details on their website.

Beyond all 50 states, there are free condom programs in many cities and even local counties. I've included a few city examples below, along with links to each state's official program! I also highly suggest searching Google for “free condom” and your location. I've included an example link for each state below, but you should also search for your nearest large city and county no matter where you live. You'd be surprised how many locations offer free contraceptives!

Here are just a few examples of cities. I can't stress enough that you should search for your nearest major city, some of their mailing windows are quite large.

We've found a lot of free condom offers since starting HIF in 2005. All of the jokes below were used from legit freebies over the years. Brand name condoms come and go, so hopefully the resources above can help you find the free condoms you need today!

When filling out the form to obtain these seven free Maxpro condoms, did you notice that one of the questions asks if you buy 100+ condoms at a time? My question is – where can you buy a box of 100+ condoms? Can you imagine trying to be smooth while doing so? Even Casanova would have a hard time looking suave while paying for a pallet of condoms.

It's been over three years since I last posted these free Trojan condoms. Unfortunately something PG rated to say about them still eludes me.

I almost typed something about “being excited” to get these freebies, but then realized that could be construed in more ways than one.

*Wha…How…Oh boy. This could be a dangerous post for me. Okay Goob, pull yourself together and try to get through this as cleanly as possible.*

Here's an offer for free LifeStyles condoms for both people who enjoy safe sex and budding animal balloon artists.

Only one free Trojan condom? Fine, fine, I won't look a gift horse in the mouth. What the heck is a gift horse anyways? Has anybody ever encountered one? The only gift I've ever received from a horse was a one-way ticket from his backside to the ground. What else could a horse possibly give away?

Well, I guess he could have 3,000 Greek warriors. You know, on second though, I'm happy with just the condom.

For some reason, these free Sensis condoms remind of me ninjas. I think it's because Sensis sounds like sensei, like Splinter from Teenage Mutant Ninja Turtles.

I always like it when a company spells their name in capital letters, as it makes me think it's an acronym for something. Let's see, ONE condoms…how about Optimal Naked Experience. Yep, that's gotta be it!

How does this free Durex magazine (with $25 worth of coupons) even exist? Somebody explain to me how a condom company has a magazine without A) only publishing one issue before running out of fresh stories or B) having it quickly turn into a full fledged adult magazine. In fact, I almost wish I was in charge of that little operation. I'd have a blast coming up with new stories and articles month in and out. Ryan Goob – Editor of Durex Condom Magazine

Oh man, would that not look amazing on a resume or what? I'm telling you, I was born for that job!