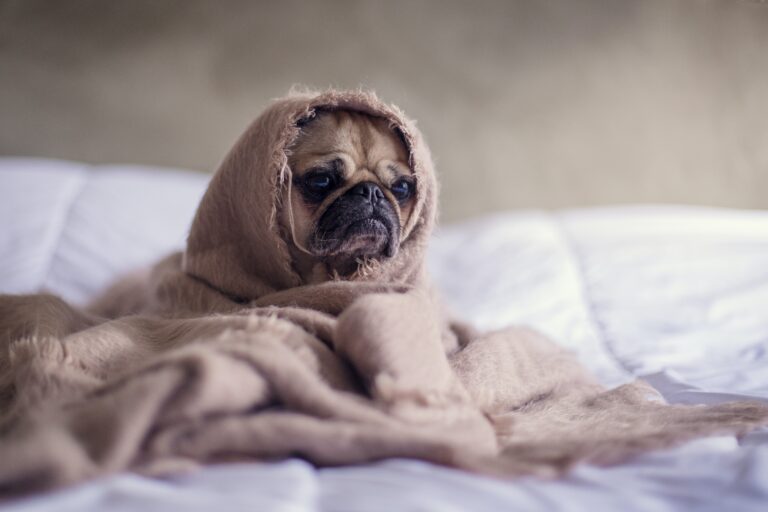 I come across dozens of fake freebies every day. 99.99% of them quickly die, but like a crazy ex, some hang around and simply refuse to go away. Case in point, the “free Snuggie” offer that popped up in October. I still get an e-mail or two each day suggesting I post it, and while I hate to be the bearer of bad news, there's no way it's coming.

However, I thought I could use it to show how I vet freebies when I'm unable to contact the freebie company directly. So if you're interested in learning more about the process as well as following along while I hunt down who exactly is behind this spreebie (I just made that word up), then please read along. Warning, it's fairly lengthy.

First, what's up with their domain? Suzzly.com? Why isn't this on GetSnuggie.com, which is the Snuggie's official site? Furthermore, Suzzly's WhoIs info is hidden, which is the #1 sign of a freebie spam site. WhoIs is publicly available info on who owns a domain, kind of like a phone book for websites. For a fee, the info can be privatized, but I can't think of any company that does so. Instead, they put their office mailing address and a public 800 number so that their customers can reach them. A spammer, however, is most likely operating out of his/her/its home and doesn't want their info available, for obvious reasons.

Second, the signup page is an iframe, which is pulling from a second domain, SuzzlyPromo.com. An iframe is an old-school technique that in a sense is like a window on a website. It allows a webmaster to load part of a page from Site A and another part from Site B – usually this indicates they only own one of the sites. HIF's Coupons.com page is an example. The banner should look familiar – it's part of HIF! However, the coupons load in an iframe below. I don't manually own or update that section, Coupons Inc. does. It's a handy technique for many websites, however a legit company has little use for it. If they were offering a freebie of their own product, they could simply host the signup form on their own site.

Now let's get back to Whois info again. SuzzlyPromo not only has private info, but it was registered on Oct. 19, 2009. If hidden info is the #1 sign of freebie spam, a site registered hours before the freebie offer became available is #2. Spammers work in bulk and domains cost $10 a year ($20 if they privatize their info). Typically, a freebie spammer will set up a very basic site with a signup form and collect as many submissions as possible. However, before the year is up, folks like myself ID the site as spam and thus people stop signing up. The spammer will then simply delete the domain after a year and start the process all over again with a new domain and spreebie. If I see a site that was registered in late 2009 (or whatever the current date is), it's cause for further examination.

By now, I would have moved on to the next freebie since it's clear to me that this isn't legit, but let's keep digging. We submit our info, reach the confirmation page, and…Google Ads? Quick, name a large company that both (A) Gives away freebies and (B) Has Google Ads on their site. BZZZZZ, time's up. I notice that collectively we came up with zero examples. Now, Google Ads aren't evil or spamish at all, but they're used by smaller sites like HIF, not companies giving away freebies. Furthermore, check out the footer links on the confirmation page. They all go to a third domain, Spooluff.com. That domain doesn't even have a main site and two of the four links (Shipping & Contact) go to dead pages! The owner of Spooluff isn't a company, but some some random guy named Joshua Comeau, who lists his address as 96 St. Patrick, Toronto Canada, his e-mail as [email protected], and his phone number as 647-833-9673. Oh, and the domain was registered on October 9, 2009. How lovely.

Gaweb.com is a spamish directory (surprise!), the phone number plays a recorded “this number is not assigned to anybody” message when you call, and Google says the address is home to the Toronto Standard Condo Corporation, which certainly (although not definitively) looks like a residential complex. Furthermore, a Google search of “Joshua Comeau Toronto” pulls up this discussion from almost four years ago where a person by the same name in Canada was running freebie spam sites. I know, I'm shocked!*

Finally, if you call the phone number (206-337-7752) that's on Suzzly's site (and in the confirmation e-mail), you'll get a recorded message and then be given a prompt to hit # for more options. This is followed by “to enter your K7 security code, press 4” which means they're using K7.net, a free voicemail and fax system. Now come on. This supposedly legitimate company has the financial resources to give away tens of thousands of Snuggies (which retail for what, $10-$15 each?) but they can't afford anything more than a free telephone service for their clients? (edit: The number now plays a recorded message saying Suzzly.com is a spam site and that their snuggie offer is not legit! It looks like K7 received a few complains 🙂 )

Now if you signed up for this, don't fret. No creeper will show up at your doorstep. You'll most likely start receiving more spam e-mail soon (which is why we suggest using a separate e-mail account for freebies instead of your personal or work e-mail!) and at the very worst, a few extra telemarketers will start calling. It doesn't ask for credit card or banking info, so you won't be out any money.

But this is what I get paid to do (apologies to my college History degree!) and perhaps this post has not only helped show how I judge freebies, but will maybe nudge this damned snuggie offer closer to the grave. The fewer sites harvesting our info, the better!

*I decided to keep following the Joshua Comeau trial, for my own personal enjoyment. The same Google search above brought up a message board profile for a JoshuaV, which lists his job as “affiliate marketer” and his location as Toronto. It also lists [email protected] as his e-mail, which when searched on social media sites, brings up Josh Volsh (Facebook), Josh (Myspace), and Joshua C (MSN Live). If I search for his new Josh Volsh name, more results pop up of him linking and advertising even more spam sites that I recognize from the past.

I contacted him via e-mail, asking if he would like to comment on this post, but so far I've yet to receive a response. I can't prove anything definitively that he's behind some of these spam offers, but there's enough circumstantial evidence here for me to never post anything he's associated with. If you happen to have any contact info for Josh, please join us on the forums and chime in. I really would love to talk to him…