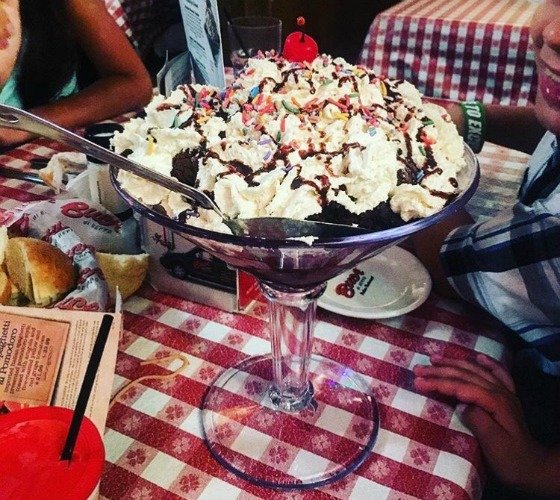 Holy moly. One of the oldest birthday freebie jokes I wrote was for this Buca De Beppo birthday freebie. I'm almost certain I wrote the joke about locating Pointy Elbow, Big Foot's lesser known cousin, in the middle of a fever dream.

However, Buca De Beppo no longer gives away a free cake anymore and that was the crux of my old joke! Fret not though, as you still get a free entire colossal brownie sundae that's huge!

Seriously, look at that thing. It could feed a family of 44, not just 4.

🎂 This is one of the many free food on your birthday offers you can get every year!