What does this mean for me? Well, for starters, I'll have to actually put on pants in the morning. I still don't understand society's hatred of guys wearing only boxers and fuzzy bunny slippers.

Also, if you still have USA Weekend or Parade magazine from Sunday, look inside it for a free McDonald's 12oz. Smoothie or Frappe coupon.

Also also, if you decide you want to buy a full-sized smoothie later on, here's a $1/1 coupon from McDonald's site.

Update: So McDonald's chickened out and canceled the freebie event on July 22-24. Wimps.

From December 2nd through the 24th, Whataburger is giving away free coupons every other day. In order to get them, simply sign up in advance and you'll get a random coupon e-mailed to you each day they're released. Speaking of food, I think it's time to head back to the fridge. Twelfth round of Thanksgiving leftovers, here I come!

Too bad QuikTrip convenience stores are only located in the Midwest, away from where I live, because they have a free food coupon available at Coupons.com. The coupon is for a free deli sandwich, wrap, or salad – no purchase necessary! The coupon won't show up unless you have a QuikTrip in your zip code, but some zips I tried made the coupon show up, such as: 85031, 63010, 66109, 30106, and 30339.

While we wait for the next free Playtex sample opportunity, here are their free coupons! And below you'll find some of our old Playtex jokes 🙂

This free Playtex Gentle Glide from Walmart should be just what I need to put the finishing touches on my homemade hang glider. I've been slowly building it ever since my first failed launching 15 years ago. I thought my childlike sense of wonder and imagination would be all I needed to soar off my roof. Gravity disagreed.

Here's a fun game for all of you bored at work. Head to Walmart's free Playtex Gentle Glide offer page and then quickly move your mouse back and forth over the two boxes of tampons. Hey, they're dancing! Look at them go! *cues up Salsa music in his head*

Walmart has a new free Playtex Sport tampons offer up, but I'm not going anywhere near it. Why? Because of the ninja / witch in the ad! First she's kickboxing and then in a split second she's changed into an evening dress and is dancing? Believe you me, there's some type of sorcery going on here!

Walmart is giving away some free Zyrtec samples and coupons, which is just in time for spring blossom! … Wait, isn't this a few month's too late? Do people get bad allergies during the fall and winter? I rarely leave my protective apartment cocoon, so I don't know much about the outside realm.

The “Get Special Savings” button will take you to a page where you can print $2 and $4 coupon. To get the sample, click on “Zyrtex 10mg Tablets.” There are quite a few states that don't love their residents and want them to suffer from allergies year round, however. They include: Arizona, Connecticut, District of Columbia, Iowa, Kansas, Massachusetts, Minnesota, New York, North Dakota, Ohio, Pennsylvania, Rhode Island, and Vermont.

Over the past months, a trickle has turned into a torrent of e-mails from people telling me that X store doesn't take printed coupons and Y store does but only if you use less than five and Z store has no limit and… you get the point. The thing is, in this example, Walmart was X, Y, and Z store!

So, I set out to see if there was a universal corporate coupon policy for any of the big name stores. I compiled the list below and began emailing corporate offices asking if they accept Internet coupons. Long story short: yes, most have an official policy and in the majority of stores, printed Internet coupons are okay.

But as I've hinted to, everybody seems to have a horror story of a cashier who refuses to accept the coupons and suddenly the total bill balloons. Nine times out of ten, that cashier is in the wrong and this is where a little education, planning, and hopefully this post will come in handy. If you shop regularly at any of the stores below, you might want to print out the policy and carry it around in your purse when you go shopping next!

There's no reason for anybody to be denied savings when they're rightfully entitled to them, especially in this economy!

A&P – Holy Mother of…A&P simply did not want to respond to my e-mails at all. But after a mere trillion messages by me, I received an e-mail with the following statement:

The internet is a powerful vehicle for getting information out to people and at the same time it is also a vehicle for false information. Unfortunately, internet coupons are not accepted in our A&P stores due to an abundance of fraudulent coupons circulating over the internet.

I know this is not the answer you and your readers want to hear at this time, but we are listening to you and other customers who are seeking alternate means of stretching their food dollars. Currently, we are working on a solution that would allow our customer's to download coupons from the internet directly to our loyalty cards electronically. We are exploring this idea and hope to put it into fruition in the near future. I apologize for the delay in my response, as I wanted to wait until we had more information of the new clipless electronic coupon service we will be offering. We are working with an external vendor and hope to have this service available starting August 7, 2009. [ed: so…it's released now?]

So that's kind of promising as it sounds like they'll be rolling out their own Cellfire version within a month in the past. 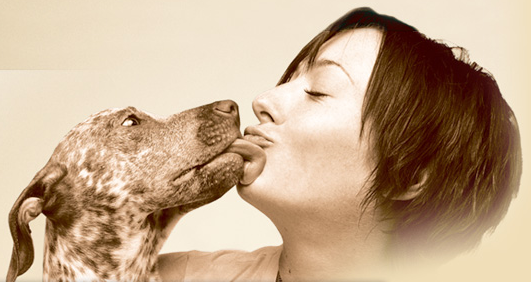 Is there a more simultaneous cute and disgusting moment than what's pictured above? Every time my dogs surprise me like that, I react with “awww …. ewwwww.” I've seen what they sniff when we go on walks. I know too much.

Oh yeah, right, back to the freebie I just found, in the form of a free $5 Eukanuba dog food coupon. I always do a double take when I see this brand name since it's so close to my own last name, Eubanks.

You'd think I'd learn to stop going, “wait, there's a dog food named after me?”

I just mentioned to my dog that she's about to get free dog food, but I don't think she was all that excited. Come to think of it, she's always gotten free dog food since I've been paying all these years! Fingers crossed she has a stash of cash hidden under her crate or else I'm out quite a bit of money.

Not to be outdone by Chick-fil-A, Oprah is giving away a coupon good for two free pieces of KFC chicken, two individual sides, and a biscuit! Plus, the terms say you're limited to four prints of the coupon. Talk about an amazing offer – toss in a water and you've got yourself four free meals.

Now come on, who was planning on taking their mom to KFC for her Mother's Day meal?

Update: As many people have commented, KFC is no longer accepting these coupons. They are instead issuing rain-checks. 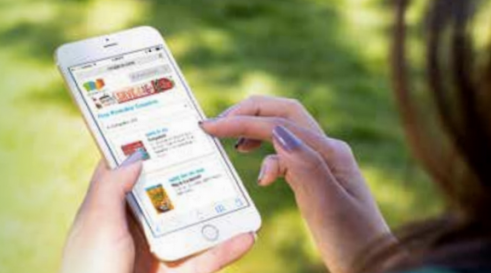 Below you'll find a list of what I consider to be the best printable coupon sites. In short, you can go to any of the sites below, select the coupons you want, and print them out right at home! Many of these coupons can be printed once per computer, so if you have access to a computer & printer at home, work, and/or school…well, you get the idea 🙂

2022 Update This post was originally published in 2009, but was recently revamped with updated information. It contains all the best free grocery printable coupons without needing to download software.

Coupons.com – Hands down the #1 leader in printable coupons. Their selection is gigantic and they update coupons at least once a month. I routinely print a dozen or two coupons from them every month and regularly save $20 or more. 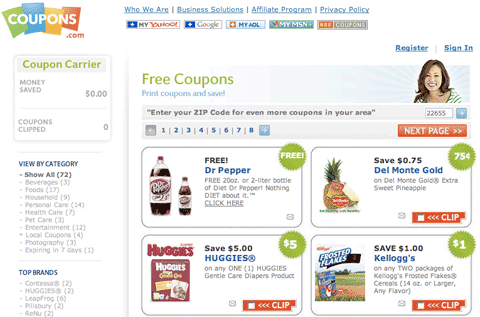 Savings.com – I only recently discovered Savings.com had a printable grocery coupons section. I've always loved Savings, but this just makes them better! Just like their counterparts, most of these coupons are large brands of foods and products. The great part about their site is that no printing software is needed. Just select the coupon, hit print, and it'll send straight to your printer.

SmartSource – I used to love Smart Source, but they've gone slightly downhill over the years. Their selection of coupons doesn't refresh as quick as it used it. 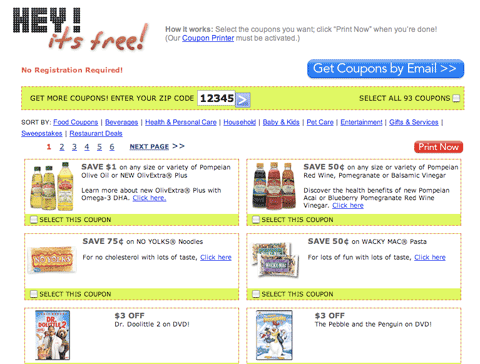 So do you have any success stories with using printable coupons? Let us know in the comments!

I don't think it's any great secret that the economy is nosediving right now and as such, coupons are becoming more and more valuable with each passing day. At the same time, what's the first thing to fly out the window whenever money gets tight? That's right, eating out. There's a whole slew of reasons to make your own meal every night: it's cheaper, usually healthier, etc.

But admit it, sometimes it's nice to treat ourselves to a large meat lovers pizza after a long week. That's why I thought it might be a good idea to put together a list of some pizza companies that offer free coupons & deals on their website. Here's to enjoying a little treat every now and then while lessening the wallop it puts on our wallet!