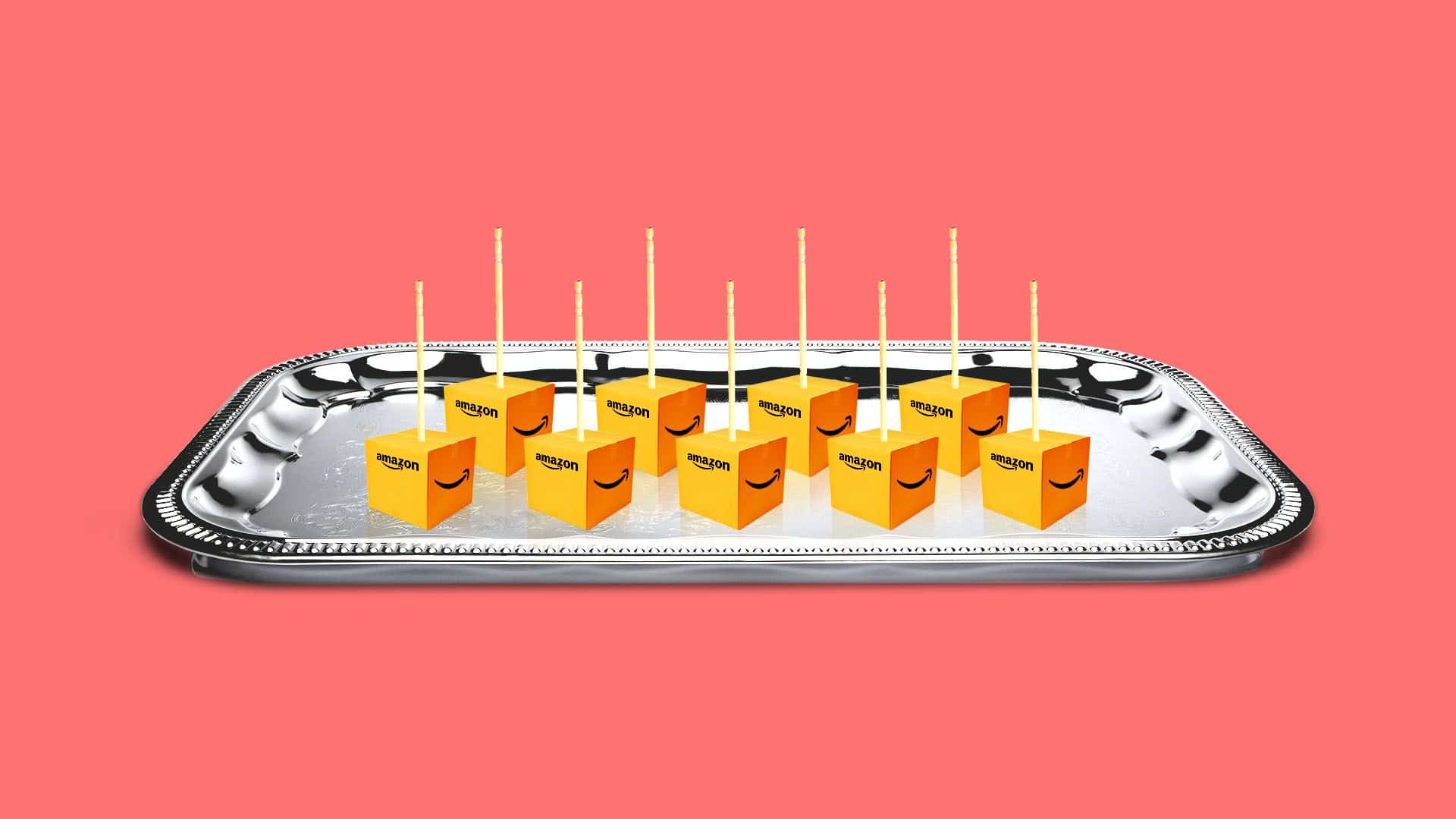 It's been a few months since I let people know Amazon sends out freebies! If this is news to you, be sure to opt in! 🙂

I was surprised to learn Amazon quietly launched a pilot program towards offering freebies! Their initial foray into the freebie world is technically called their Product Sampling program, but differs slightly than how we're used to getting samples.

Unlike traditional freebies, where you request a sample and receive it weeks later, Amazon is using a secret sauce to randomly send out freebies. Some users reported receiving free samples related to previous purchases, while others hinted all they did was have a lot of similar products sitting in their cart!

Amazon sent me a random coffee sample! Is it because I have like 15 diff types of coffee in my cart 😂😂😂 pic.twitter.com/LAXOdmpYMa

Initial freebies have been reported from all the usual players – Folgers, Maybelline, Purina, and KIND.

In the long run, this will help speed up the death of freebie sites like HIF. Whereas the Golden Freebies Years (2008-2013) had 5+ samples and freebies every day, now we're down to much, much less. One of the large reasons why is because companies began demanding more analytics, data, and a higher ROI for their freebies. With Amazon, they get all three at a fraction of the cost.

But in the short run, hey, more freebies!

How to Get Amazon Freebies

One great feature of Amazon freebies are they're open to everyone – not just Prime members!

So have any Hiffers randomly received any freebies from Amazon yet? If so, what did ya get?! 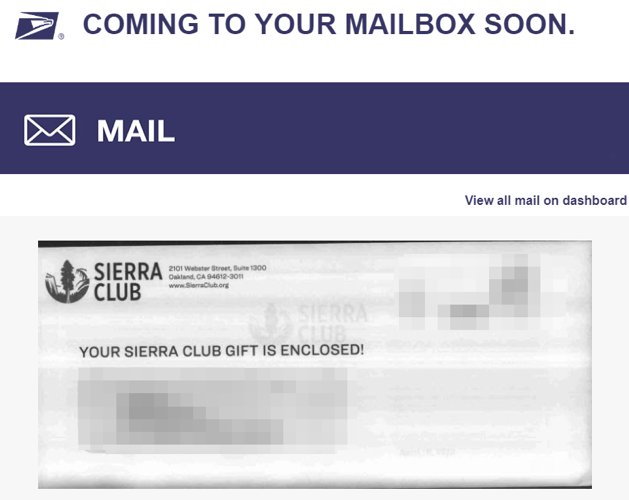 Ever wish you could see the freebies arriving in your mailbox before they show up? I know I have! What you may not realize is that you can!

The USPS offers a free service called Informed Delivery. Each morning, they'll email scanned photos of your mail hours before it's delivered!

I started using Informed Delivery during their 2015 soft trial. It was originally super buggy, but today I've actually come to rely on it. Not only does it actually work, but as of 2019, over 15 million Americans are using this free service!

My emails typically arrive between before 8:00am each morning I have mail coming. If I don't have any mail on the way, I don't get an email. Only ~60% of my emails actually have scanned photos, but regardless the emails themselves are nice since they let me know I have mail to grab. And when there are photos of freebies, I tend to get a little excited! Between the emails and then actually getting the freebies, it's like double the joy 🙂

Have any other Hiffers used Informed Delivery yet? What did you think? 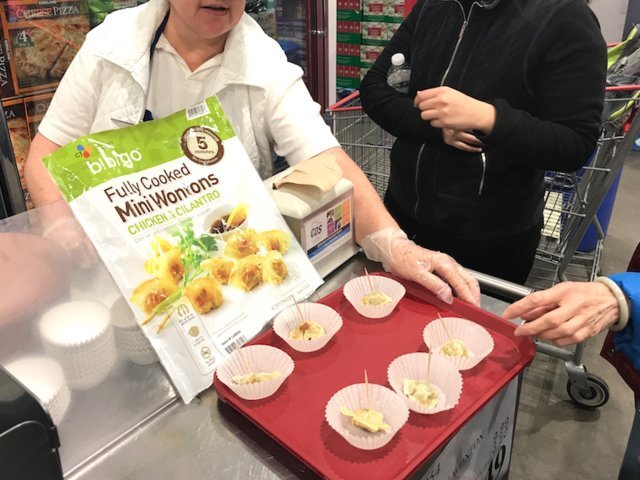 This article is freebie-adjacent, so I felt like sharing it here. Business Insider compared Costco and Sam's Club free samples and came away with a clear winner.

On paper, Sam's Club and Costco are almost identical – both are membership-based warehouse stores that offer customers discounted prices on products bought in bulk and other services such as eye and ear exams, a pharmacy, one-hour photo printing, and a food court.

We decided to put one of their best-known perks to the test: the free samples.

Both chains are known for their generous sample policy and customers frequently brag on Twitter about heading to the stores for a free meal.

There is a method to their madness, however. By offering free samples these stores improve the shopping experience for the customer and make them more loyal. It's also a way for customers to try new products and spur them into buying more.

“What started as a fun idea more than 30 years ago is now a core experience that our members love. Sharing samples is a great way to highlight cool, new items and showcase the quality and value offered by our curated assortment,” a spokesperson for Sam's Club told Business Insider.

Who do you think won?

Altria sent me a cease and desist letter for including a picture here, so it's gone now, lol. First their freebie catches fire, then they spend a bunch of money trying to pretend it never happened!

Well here's a first for me. The Marlboro 3-in-1 tool from January is being recalled due to safety concerns. Apparently it had a hidden feature which caused the matches inside to spontaneously spark and catch fire. Turns out people don't like the idea of their pockets randomly erupting into flames, even if it's timed perfectly to get out of a boring work meeting or semester exam.

If you received the 3-in-1 Flashlight in any other way, please call us at 888-597-5387 and we can arrange for a return kit with instructions to be sent to you. After we receive the compass cap, we will send you another premium item of equal or greater value in return.

I'm interested to see what this premium item might be! I'm guessing a hand-held fan that secretly turns on at night and slices your hair.

Please share this with anybody you know signed up for this freebie!

The following text was taken from the Predictably / Irrational blog that is written by Dan Ariely. He's recently written a book titled Predictably Irrational: The Hidden Forces That Shape Our Decisions and I thought the text below was really interesting in relation to our love for freebies. Something interesting to keep in mind and perspective.

In one of our projects, Kristina Shampanier, Nina Mazar, and I examined whether our reaction to Free! is just a rational reaction to a low price (a very low price) or if it is an irrational overreaction to Free! We carried out a set of experiments in which we measured not only what people chose but also what they gave up in the process. By doing so we were able to show that Free! can tempt us so much that we are willing to forgo a really good deal for a mediocre one simply because it is Free! For now let's skip the experiments and consider the following thought-experiment:

This is exactly what the experiments showed; when something is Free! we get excited and as a consequence we are willing to give up better deals – not to mention our time, money, etc.

This isn't really a freebie, in fact, it's not a freebie at all. But I just read this article on Wired.com about how businesses and companies are embracing the concept of giving more and more things away for free and I thought some other freebie fanatics might enjoy reading it as well. It doesn't focus on the world of freebies as we know it, where we sign up for free samples or swag, but instead looks at how companies like Google, Yahoo, Gillette, and more make billions while still giving most, if not all, of their services away for free.