There are also another 184 grocery coupons to print to help keep your next grocery bill a little smaller.

In celebration of National Guacamole Day, you can get a free Wholly Guacamole coupon worth up to $5.99! This coupon is only available on Sunday (9/16) while supplies last, so I'll make sure to post a reminder this weekend.

I like how the box leaves off an important step. It should say dip it, top it, spread it, eat way too much but okay just one more chip … it.

Sign up to have a coupon good for a free pint of Slim Twin ice cream emailed you way. The coupon is good through 4/30/18 at any of your nearby retailers.

An ice cream that promises not only to slim me down, but also create a clone of me?! LET'S GO! My whole life has been preparing for the types of hijinks two Goobs could pull off.

A new offer is out where you can print a coupon good for free Supreme Source pet food, up to $9.99 in value.

You can select between cat and dog food. After entering your email, you should be taken to a page that will let you print the coupon immediately. 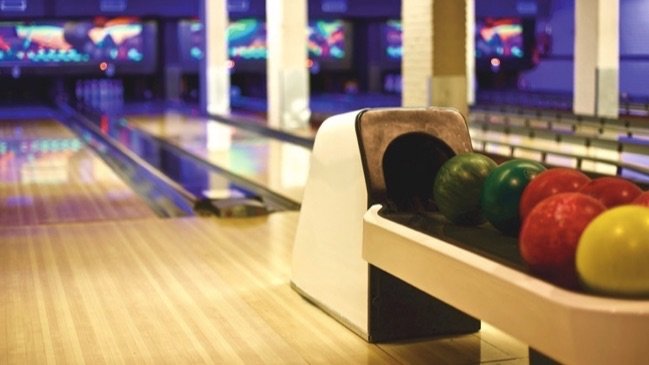 2019 Edit: Unfortunately, this free game of bowling offer has expired. However, the annual kids bowl free during summer deal is back!

GoBowling and Pepsi are offering coupons good for a . They're worth up to $6, don't include shoe rental, and must be redeemed between 8:30am to 5:30pm.

I guess my main question is who in the world is bowling before 8am?!

You can search for participating locations here.

“Fun” sidenote, I first published this offer in 2005. If this freebie was a human, it'd almost be a teenager and that blows my little mind.

While Coupons.com reigns supreme for free grocery coupons, some companies host exclusive coupons directly on their own site. Kellogg's recently updated their coupon collection with some great coupons that won't last for too long!

This offer is still available. I received my coupon in the mail yesterday!

Hurry over to Nestea's site and fill out this form to get coupon valid for one (1) free NESTEA Iced Tea 18.5 oz or 23 oz bottle or Save $1.79 on any one (1) NESTEA Iced Tea .5L 6 pack or 24 pack. The coupon will be valid through 7/31/17, but I have a feeling this freebie will die fast since people love free drinks. You could say my freebie senses* are tingling, so I'd sign up quick!

* Which, I have to say, would make for the worst Marvel superhero movie ever.

Throught the end of 2018, you can pick up a 15% off coupon at JCPenney while supplies last. So if you're heading to the mall early, be sure to swing by and pick up something for super cheap!

Released to much online fanfare last year, Jet.com was founded by an ex-Amazon executive who was looking to marry the world of membership warehouse stores with his expertise in online shopping. Basically, he wanted to make an online version of Costco or Sam's Club. He ultimately got Jet.com off the ground and with it came a $50 per year fee. Shockingly, very few people used the site.

I was one of those initial, skeptical users. I liked the idea, but I wasn't shelling out $50 for some brand new website. Plus buying a membership to Costco or Sam's Club has different expectations than what you want out of something like an Amazon Prime membership. But I could see the niche Jet.com wanted to build and fill. Even those of us who love Amazon have to admit they don't do a great job selling everyday items you typically buy at a membership store. Sure, Amazon has everything from entertainment to electronics to office supplies nailed down, plus they kill it with their Daily Deals, but rarely do they have the cheapest snack food or laundry detergent or six pack of white undershirts.

It wasn't long until my earlier prediction came true. In October 2015, just months after launched, Jet.com dropped their membership fee entirely. Based on news reports since, it's been a resounding success, as their customer base has surged. And just recently, they started offering amazing discount codes, so now they really have my attention!

So have any Hiffers used Jet.com? What did you think?! I know my sister found cheaper Clif bars on there and my mom asked if they sold plane tickets since it only had Jet in the name. So I'm 1 for 2!

Take a short survey and you'll be rewarded with a snail-mailed coupon good for one free Organic Valley milk protein shake. You don't actually have to complete the entire survey. After answering a few questions, look at the top for “Hurrah! Click here to claim your free Organic Balance when you're done exploring.” and you're good to go.

TENA has always given away nice freebies, but they're currently outdoing themselves! They recently began offering a coupon good for up to $14 off any single TENA product, making it free at many stores. Another nice perk is that you'll get this coupon via snail mail instead of needing to print it at home!

If you happen to be a Hiffer who also needs water to survive, then check out this coupon good for a free Aquafina Sparkling water.

You can alternately text AQUAFINA to 87676 to get this freebie via phone.