With the World Cup upon us, let's get one thing out of the way. WOOOOOOOO! I'll be the first to admit baseball is my true love and I only follow soccer once every four years. But there's something special about the World Cup, especially while living in a big city. It's fun walking into a random bar, discovering it's packed with Polish fans going crazy over the game, and going “well, guess I'm cheering for Poland today!”

To get in on the fun, Fanduel is giving away $135,000 in prize money absolutely free. Each day, you predict each games winner and final score (there are only 3 games on average.) After each day, the pot is split among each player who got all daily scores 100% accurate. If nobody guessed the right scores, a chunk of the total $135,000 pot rolls over. Each day, part of the pot is cash with another part in GAME cryptocurrency. If you win and have no idea what to do, let me know and I can show you how to sell the cryptocurrency for cash!

If you're already planning on watching some of the games, then it's a no-brainer trying to win some free money along the way. Even if you have no clue about the teams (like me!), you can still play and try your luck. Who knows, maybe this Polish team will carry me to a sweet payday 😀

In fact, there's my picks for Tuesday, July 19. I pulled everything out of my &@*, I'm just slamming some numbers down without giving it much thought and letting blind faith guide my dumb, naive hand.

Best of luck to every Hiffer playing! If you win any free cash while predicting the World Cup scores, please let us know in the comments!

Here's a full breakdown of the rules for anybody interested.

I hope everybody had a great holiday season! It's been a while since I've posted any freebies and, while I feel a tad guilty, I also don't since I spent the past two weeks with my friend and family. I've lined up a few freebies for this weekend and hope 2018 brings with it a plentiful year for freebies.

While shows and games tend to rank high on the perennial obsessions, an app swept through Goobville for the first time this year. HQ Trivia is a free app that plays twice a day for a large cash prize. At 3:00 and 9:00pm EST, users are asked 12 trivia questions with 3 possible answers each. You're given 10 seconds to select the right answer and if you survive all 12 questions, you win a cut of the prize!

From its launch in October 2017 until Near Years Day this year, HQ Trivia was an iOS only app available only to Apple users. However, they rolled out an Android version along with 2018. When we started playing pre-Christmas, usually 250-400k users were playing. Within weeks those numbers were sometimes triple with some pots reaching from $5,000 to $18,000!.

In my personal opinion, the first two questions are always super easy. Don't overthink them. However, beginning with Question 3, the questions and answers get significantly harder.

If you're down to try to win free cash every day, download HQ Trivia for iOS or Android. When joining, enter referral shyzer and I will get an extra life, which I'd greatly appreciate 🙂

For each friend you get to join HQ Trivia, you are granted an extra life. After earning an extra life, it's automatically used the next time you miss a question during a game. You're only allowed one extra life per game, so you can't do any worse than 11 out of 12 if you want to win!

I know there are some smart Hiffers out there! I hope one of you are able to win a huge cut out of one of the upcoming prizes! Download HQ Trivia on iOS or Android today, use referral code shyzer, and good luck. 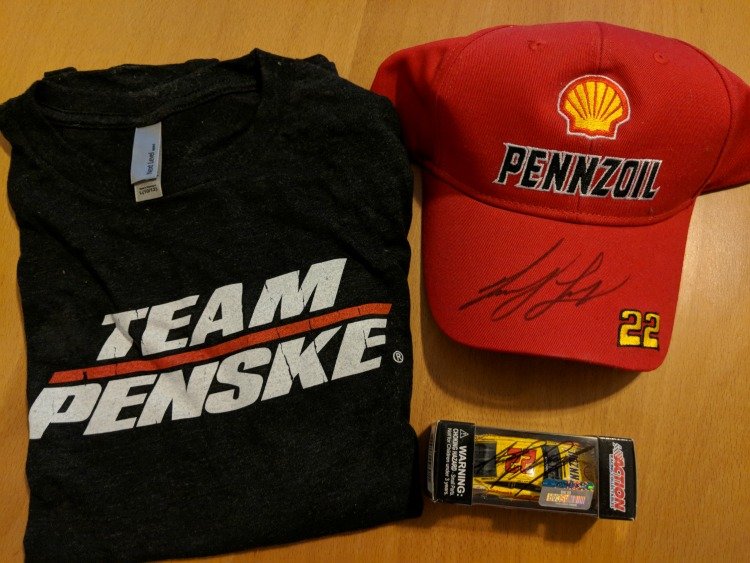 Shell Fuel Rewards is a free rewards program where members save $0.05 on every fill up at Shell stations. On top of being a great way to lower your gas bill, Shell Fuel Rewards also supplied me with a Team Penske gift pack to give away, which includes signed merchandise from NASCAR No. 22 driver Joey Logano!

Use the widget below or click here to enter for your chance to win the following items: 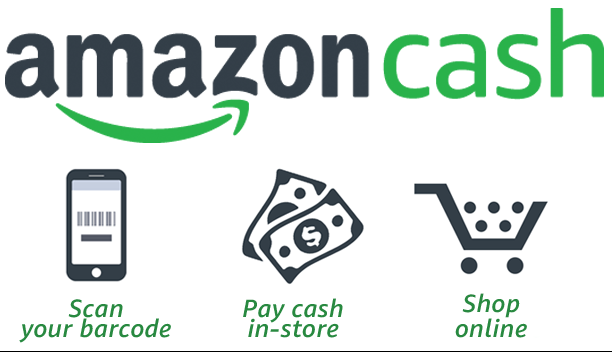 Similar to their free $10 credit offer this summer, new Amazon Cash customers can receive $5 in free Amazon credit by adding $25 or more to your Amazon balance via Amazon Cash.

Amazon Cash is a new way to load currency onto your Amazon balance by visiting a participating merchant like CVS, Gamestop, Cumberland Farms, Kum & Go, Kwik Trip, or many others. You then hand over cash and have the store scan a barcode on your phone, which automatically adds credit to your Amazon account. It's a way to use hard currency to buy something on Amazon, as opposed to needing a credit card to shop online.

Now through 9/30/17, you can get a free $15 Gap eGift card when you make any purchase online using Visa Checkout as payment. This applies to purchases from the following websites:

You can only redeem this offer once per customer and you'll receive the eGift card via the email you use at checkout. The email should come from [email protected] within 3 business days.

For a limited time, Jet.com is selling $50 Brinker restaurant gift cards for $40. These can be used at Chili's, Romano's Macaroni Grill, On The Border and Maggiano's restaurants, so if you're a regular at any of those eateries, you can basically get $10 in free credit!

I haven't written about MobiSave yet, but it's a new service just like Ibotta and Checkout51. After grocery shopping each week, you can scan your receipt and receive rebates based on each weekly offer. These are usually tied to specific brands or products, as most coupons are, however this week MobiSave is offering generic cash rebates on the items below. So if you're one of those healthy people who eat vegetables, make sure to get a little cash back this week!

MobiSave also has a rebate on a full-sized SheaMoisture Shampoo from Walmart or Target this week too. Simply purchase a 10.3 oz. shampoo, up to $8.99, then use this $8.99/1 SheaMoisture rebate to get $8.99 added to your account!

If anybody has used MobiSave so far, please share your thoughts on it in the comments!

eBay is currently selling $100 Cabela's gift cards for only $80 shipped. That's $20 for absolutely free! eBay typically always has gift cards like this on sale, but 20% off is a big discount, even for eBay.

These are physical gift cards that will be shipped via USPS first class mail. I never understood why mail gets to fly first class while I'm always stuck in coach, but I guess that will forever remain one of life's greatest mysteries.

Hopefully you're a veteran Hiffer whose heeded my advice when previous Zappos offers have occurred, because in order to get $15 in free Zappos credit, you'll need to be a current member with them and already have an account.

If you can check that box, then you'll need to download their free app. Upon doing so, login with your current account and join the Rewards program found under “My Account.” After that, you should get an email within 24 hours containing your free $15 credit rewards code, however mine came within a minute.

On top of that, there are a few items I found on Zappos for under $15! Pair the free credit with Zappos' free shipping and you've got a nice freebie! Some items I found include:

It's not just water that we're running short on! The American Red Cross is in such a serious blood drought that they've been forced to partner with Amazon and give away $5 Amazon gift cards in exchange for donating blood and platelets!

At times, blood and platelets are being distributed to hospitals faster than donations are coming in, which impacts the ability to rebuild the blood supply. Right now, the Red Cross has less than a five-day blood supply on hand.

Donors with all blood types are desperately needed. As a thank you, if you donate blood or platelets through August 31, 2016, the Red Cross will email you a $5 Amazon.com gift card claim code.

If you're a frequent Dunkin Donuts customer, you might be interested in a promo they're running with VISA that'll allow you to get a free $10 to spend at DD. You'll need to load $25 or more onto a new or existed DD card using VISA Checkout. Once you're done, the card will then have $35 on it, meaning you get to spend $35 at DD despite only paying $25. Great, just what I needed in my life, more donuts.

You have until Feb 7 to take advantage of this offer and it's worth mentioning that VISA Checkout actually works with MC, Discover, and more!

Similar to the free Applebee's gift card promo, Victoria's Secret has an ongoing event where you can also get a free $10 to $500 reward card with no purchase necessary! To do so, you'll need to:

Hand-print (uhh, as opposed to writing with your feet?) your full name, address, valid email address, and date of birth on a 4” x 6” piece of paper and mail it in a sealed #10 business envelope to: